VIDEO: How to Make Pizza in the Artisan Fire Pizza Oven 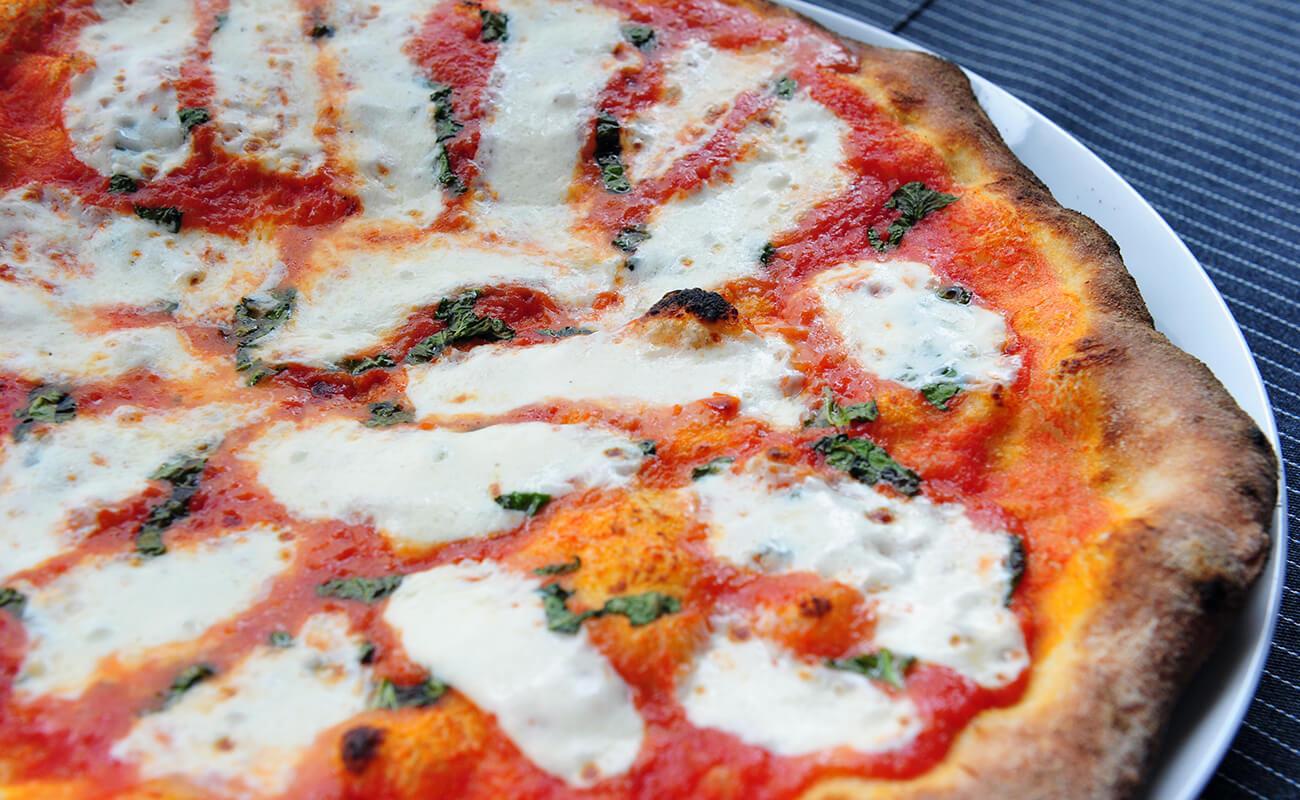 Form an 11-inch dough ball to roughly a 12-inch pizza crust. It is helpful to let the dough rest at room temperature for about an hour before forming it. I prefer to form the dough and assemble the pizza on a lightly floured work surface, then slide the pizza peel underneath it. This works well if you have a perforated pizza peel. The less time the dough spends on the peel, the less likely it is to stick. Transfer it immediately to the cooking deck in the oven.

The edge of the pie near the fire will cook the most quickly. Rotate the pizza a quarter turn as the crust near the fire reaches your desired color, about every 30 seconds. Check the bottom of the dough at every turn to evaluate the color. If the bottom of the dough reaches the desired cooking point, insert a pizza screen under the pizza to keep the crust from browning further. I like the bottom of my pizza to be golden brown with a smattering of black, caramelized accents. If you do find yourself using the screen, you may wish to switch to using a Tipo 00 Italian flour in your dough recipe. This flour, traditionally used in Neapolitan pizza, has a much higher burning point than conventional flour.

Remove and serve when the perimeter is golden brown and beginning to blister. 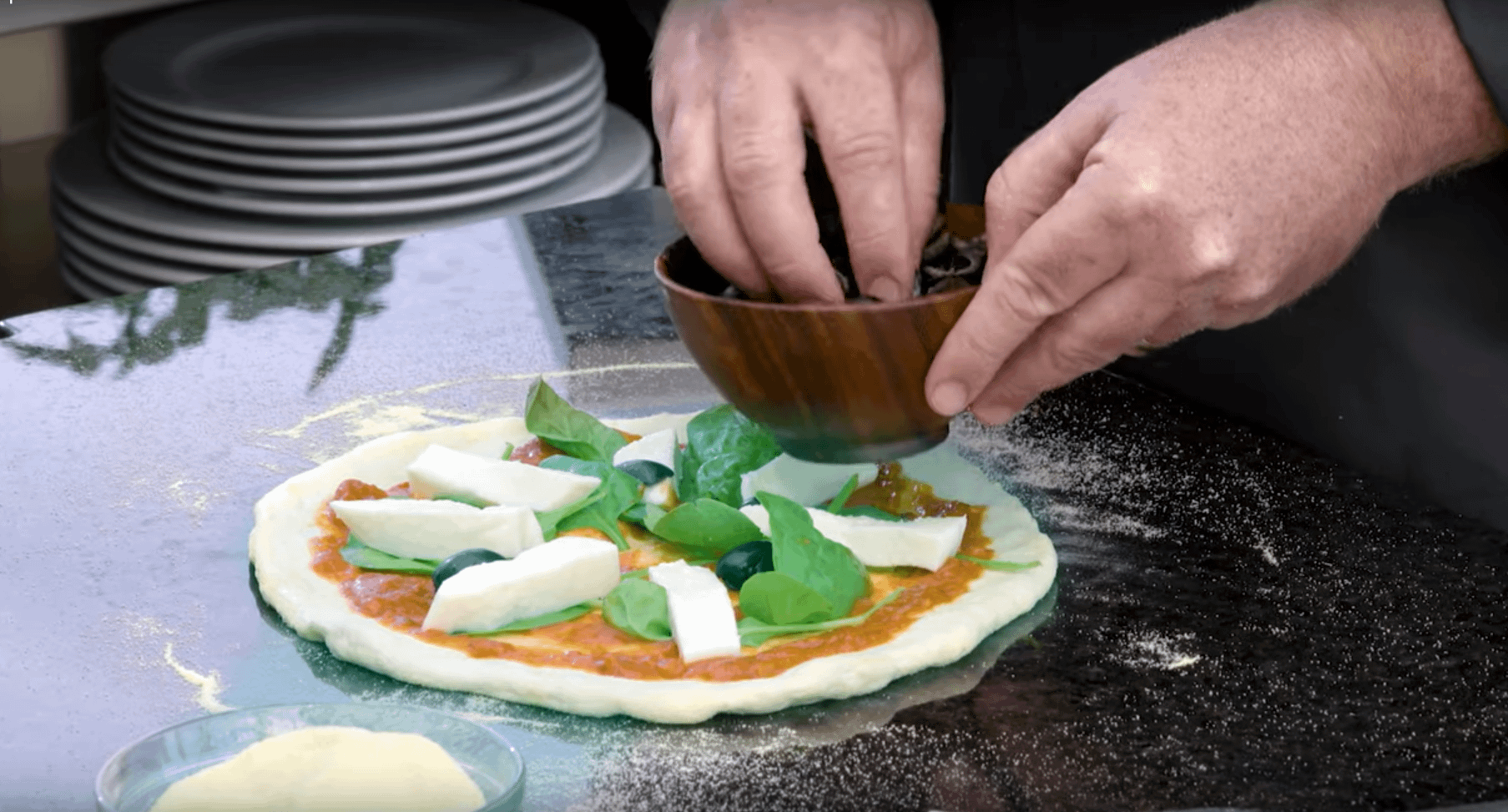