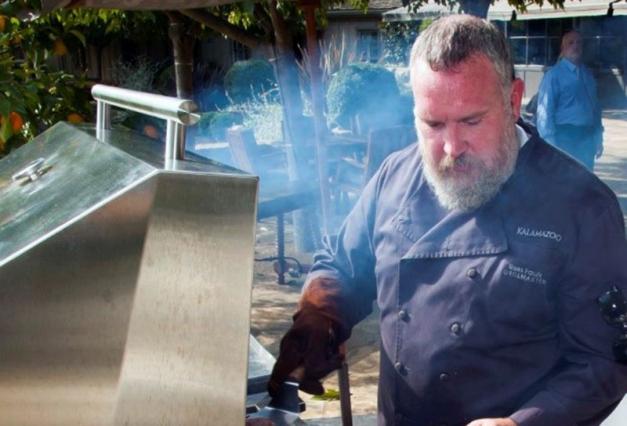 It seems like there are rules for just about everything, even grilling.

With 80 percent of Americans having an outdoor barbecue, grill or smoker, according to the Hearth, Patio and Barbecue Association, there are a lot of people following a lot of rules.

Summer is in full swing, so now is the perfect time to throw caution to the wind and break some long-standing grilling maxims. Doing so will help you get the most out of your grilling–and more importantly, enjoy your food.

Our grillmaster, Russ Faulk, and Meathead Goldwyn of Amazingribs.com offer four grilling rules you can break with alternative methods.

While many avid grillers stick by the “only flip once” rule. “Flip as often as you want,” said Faulk. “Especially with steaks and chops. Turning more frequently can lead to more even cooking. You’ll also create an all-over browning effect rather than a simple set of grill marks. You can build up a very flavorful crust.”

Just don’t to flip too early. Be sure wait for the food to release itself from the grill grate. This is especially important for foods that are prone to sticking or tearing apart, such as burgers.

To prevent food from sticking, many opt for the rule of spreading oil right on the grill grates, which can work well at low temperatures. However, this can be ineffective with high-power grills that reach soaring temperatures. Instead, as Meathead recommends, brush oil on your food, not the grates. He explains that when the food is placed on the grill, the oil will penetrate the small crevasses in both the food and the grates, creating a smooth and slippery surface that will help to prevent sticking.

Load up the grill

It may be tempting and seemingly efficient to put as much food on the grill as possible at a big cookout with lots of people. “Be patient,” Faulk said. “Keep at least 25-30 percent of open space on the grill with no fire below it.” He calls this space the “safety zone.” It’s where you move food when the action heats up and you need to slow things down. If you begin to experience flare-ups, you’ll need to move your food to this area.

Grill the food above the fire

Break this rule all you want. By mixing direct grilling – cooking right above the fire – and indirect grilling – placing the food away from the flames – you’ll get more flavorful food. “The real magic happens when you combine both methods,” Faulk said. To give an example, he recommends roasting chicken thighs in the indirect zone until done, which is 165 degrees internal temperature. Then move them directly over the fire for one minute. This gives you evenly cooked thighs that have a nice crispy skin.

To try out your new rule-breaking skills, try our Blueberry Pork Chops recipe.