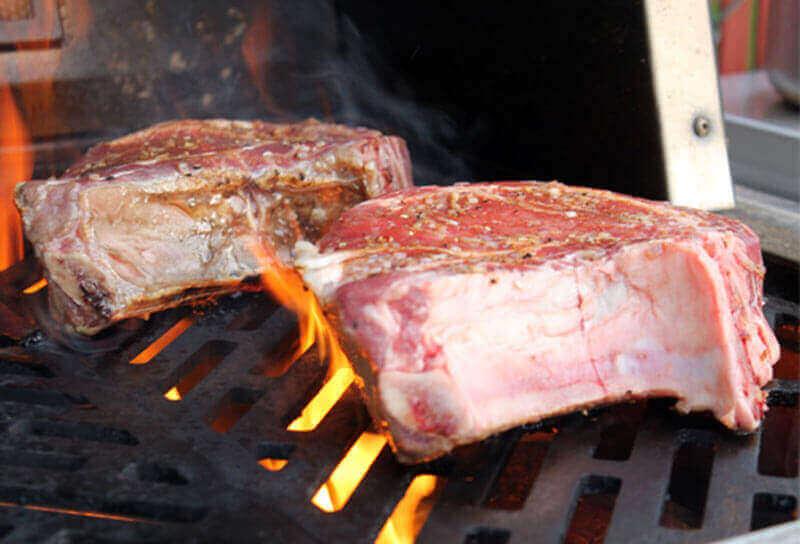 Men’s Health magazine’s Paul Kita recently took the Kalamazoo K750HS Hybrid Fire Grill for a test drive. Find out what he had to say about it in his review.

“During the three months I knew K750HB, we sizzled burgers, salmon, brisket, steak, pork chops, zucchini, shrimp, oysters, eggplant, Mahi Mahi, and even a mess of frozen pizzas (don’t ask). I’ve never met a grill that was so good at doing so many different things.

Those burgers acquired a crust so caramelized that not even bacon could match their meaty, savory goodness. Over high heat, shrimp seared to juicy deliciousness at just 30 seconds a side. Even those crummy pizzas were crisp underneath and covered with bubbly cheese atop.

All this transmutative power of K750HB is due to three key factors.

One, the grill has the ability to crank out heat at more than 1,000°F. Heat that intense sears food at an incredible rate, preventing quick-cooking foods like shrimp from drying out on the grates.

Second, the heat is also precise. For the sake of grunting, you could turn all four burners to high. (I did.) But the real impressiveness comes from the grill’s ability to maintain specific temperatures over long periods of time—a factor that’s crucial for fantastic slow-smoked barbecue.

Third, the grill grates rule. They’re heavy enough that you could work them into your biceps workout. The grates, made from the same steel as the rest of the machine, don't simply create grill marks—they sear grill scars.”