If you haven’t cooked rabbit, I recommend you give it a try. The flavor is more delicate than you might expect. This recipe is simple to prepare and cooks quickly on the grill. The whole meal (with roasted carrots and radishes) takes just an hour to prepare. 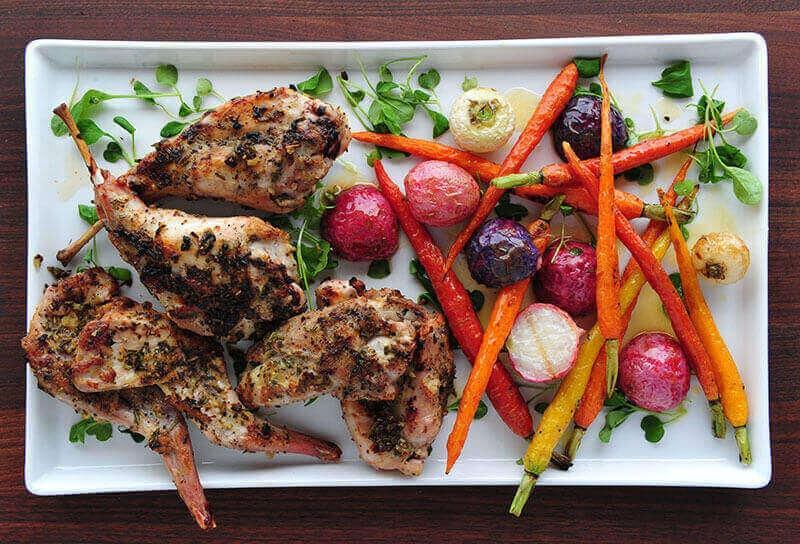 Combine the shallot, olive oil, rosemary and lemon zest in a small bowl. Reserve as the flavors combine.

Break down the rabbit into six pieces; the four legs and the two loins with belly meat. Most recipes call for a rabbit to be cut into eight pieces, but I prefer six for this size rabbit. For six pieces, proceed as follows:

Season liberally on all sides with salt and pepper. Spoon on the shallot mixture and pat onto the meat with your fingers. Let rest while you start the grill.

Prepare the grill for roasting with an indirect fire at 500°F.

Check each piece for doneness and for an appealing amount of browning. Rabbit should be cooked to an internal temperature of 160°F. Any pieces that could use a little more cooking or additional browning can be finished on the direct grilling zone.