Little neck clams are roasted open-faced in the pizza oven with a bit of garlic butter, bacon, poblano and panko. The high heat of the pizza oven roasts the clams quickly. The melted garlic butter pools in the shell, complementing the briny flavor of the clams, while the crispy panko crumbs offer the perfect crunch. Each bite sized morsel is simply delicious!

Preheat the Artisan Fire Pizza Oven with both burners on HIGH.

To cook the bacon in the pizza oven (you can cook the bacon using any other method you like), place the bacon slices flat on a cold cast iron grill pan. Place the pan in the oven, directly on the cooking deck, and cook for about 10 minutes. Rotate once or twice for even cooking. Remove when the bacon is done, but not yet crispy. Reserve. 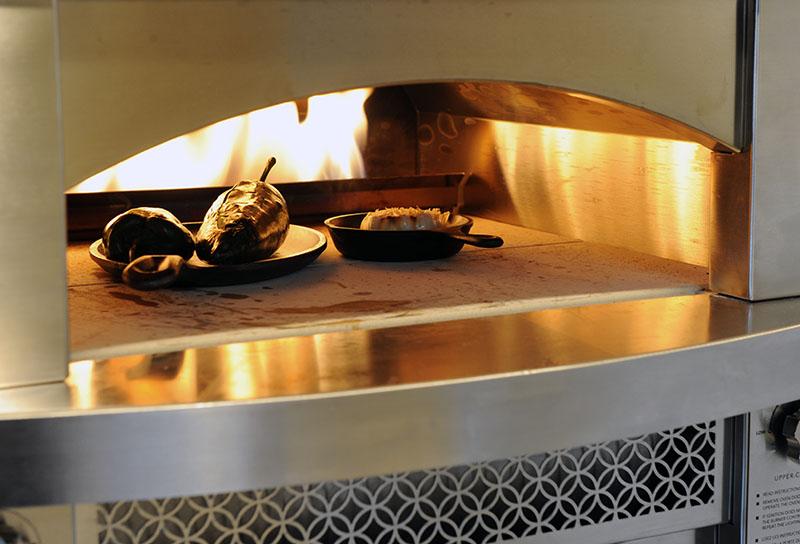 Cut the top off of the whole head of garlic. Place in a cast iron pan with the cut side up. Drizzle olive oil over the top and season with salt.

Dice the bacon and reserve.

Squeeze the roasted garlic into a small bowl. Add the parsley, lemon zest, butter and a pinch of fine sea salt. Work together with a spoon and reserve.

In another small bowl, combine the panko and pecorino with 1 teaspoon of olive oil. Mix together thoroughly and reserve.

Open each clam and free the meat from the shell. Nestle the half with the clam meat into the salt. Discard the other half of the shell. Repeat with all of the clams.

Transfer to the oven and roast until browned and bubbly, about 10 minutes. Rotate a few times along the way for even cooking. 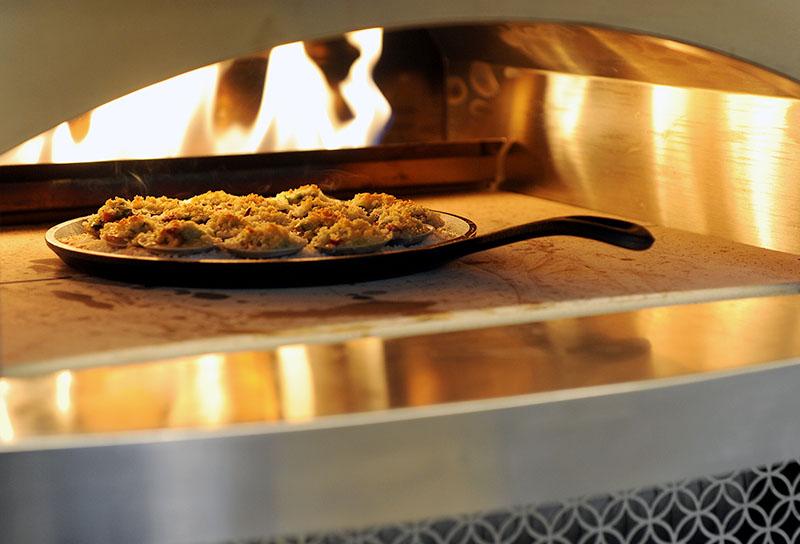