Did This Grill Company Make a Better Big Green Egg? 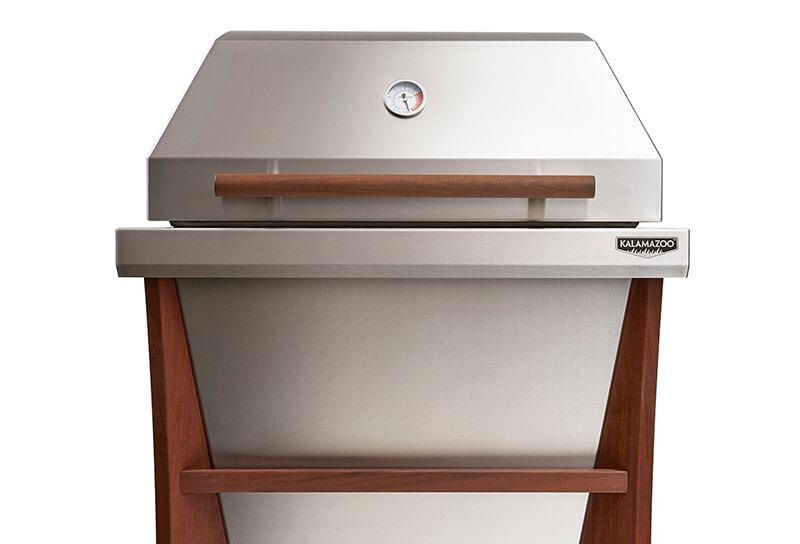 Unveiled at this year’s Kitchen & Bath Industry Show (KBIS) in Las Vegas, Kalamazoo Gourmet’s latest grill — its first since 2014 — is a kamado.

Kamado grills are ancient Japanese cooking vessels fueled by charcoal or wood and made of natural materials like clay (ceramic tiling, concrete, brick and terra cotta all became popular later). The gist is fairly simple: kamado grills feature much higher levels of heat insulation and circulation than your everyday grill. Kalamazoo’s calls its take on the Kamado the Shokunin, and it’s a bit different than other kamados on the market — especially the ever-popular Big Green Egg.

Immediately noticeable is its shape — where traditional and modern kamado grills typically feature dome-shaped designs, the Shokunin’s frame looks like a typical, rectangular grill. This gives it an upper-hand on its kamado competition for a very simple reason — inch for inch, rectangle grills have more grilling space than circular grills. Plus, more space makes cooking over an off-set fire — a necessity when barbequing — a bit easier.

It’s also not made of clay, ceramics or any other traditional material. Instead, it’s made of 304-grade stainless steel, and a lot of it. Two inches of insulation separates the interior of the grill from the exterior. Kalamazoo says the insulation is so effective, it can build up to temperatures in the realm of 1,200 degrees while keeping the exterior cool to the touch.

It’s important to note that Kalamazoo’s grills are not for the budget-minded griller. These are pricey grills made with heavy-duty materials (this grill is 200 pounds). They’re meant for the person who isn’t a summer-only grillmaster.

Pricing information isn’t available yet for Kalamazoo’s Shokunin. The brand says it will be available this summer.